L’étude a révélé que les prix des COVID-19 hospitalization were similar to prices for overall inpatient admissions and averaged 241% of what was paid for Medicare patients.

“Employers can use this report to become better-informed purchasers of health benefits,” said Christopher Whaley, the study’s lead author and a policy researcher at RAND, a nonprofit research organization. “This work also highlights the levels and variation in hospital prices paid by employers and private insurers, and thus may help policymakers who may be looking for strategies to curb health care spending.”

The study, based on information from more than 4,000 hospitals in 49 states and Washington D.C. from 2018 to 2020 expands and refines earlier research by RAND on the topic.

Spending on hospital services accounts for 37% of total personal health care spending in 2019, and hospital price increases are key drivers of growth in per capita spending among the privately insured.

While recent price transparency initiatives have increased information about procedure-level prices available to patients, employers (who provide most private insurance) typically do not have usable information about the prices negotiated with hospitals on their behalf.

The RAND study includes associated spending from 4,000 hospitals in 49 states from 2018 to 2020 — about 25% more hospitals than in the previous version of the analysis. (Maryland was excluded because it long has had a system in place where the privately insured and Medicare recipients pay the same price.)

The analysis includes facility and professional claims for inpatient and outpatient services provided by both Medicare-certified short-stay hospitals and other facility types. For the first time, the analysis also includes more than 4,000 ambulatory surgical centers, which are free-standing facilities that perform outpatient surgical services.

Researchers analyzed health care claims obtained from self-insured employers, 11 state all-payer claims databases, and records from health insurance plans that chose to participate. For each private claim, researchers re-priced the service using Medicare’s grouping and pricing formulas. Each claim was benchmarked to what would be paid by Medicare — the federal insurance plan for Americans aged 65 and older — as a way to assess variation in health care costs nationally.

Unlike many other studies that have examined health care price variation, this study reports prices and identifies hospitals and groups of hospitals under joint ownership (hospital systems) by name.

The study found that the percentages remained relatively stable over the study period. Private insurers paid 222% of Medicare prices in 2018 and 235% in 2019. In 2020, relative prices for hospital facility-only services averaged 224%, while associated professional services such as physician fees averaged 163% of what Medicare would have paid for the same services.

The 224% total for 2020 is a reduction from the 247% figure reported for 2018 in RAND’s previous study. This reduction is the result of a substantial increase in the volume of claims in the analysis from states with prices below the previous average price.

Among the common types of care assessed in both this round and the previous round, 2020

prices averaged 252% of Medicare, which is similar to the 247 percent relative price reported in the previous round for 2018.

A detailed list of both relative and standardized prices for each facility, identified by name and Medicare Provider Number, is included in the report’s supplemental material. The supplemental material also includes CMS Hospital Compare star ratings for those hospital facilities.

Support for the study was provided by the Robert Wood Johnson Foundation and participating self-insured employers, and was conducted in collaboration with the Employers’ Forum of Indiana.

The report, “Prices Paid to Hospitals by Private Health Plans: Findings from Round 4 of an Employer-Led Transparency Initiative,” is available at www.rand.org. Other authors of the report are Brian Briscombe, Rose Kerber, Brenna O’Neill and Aaron Kofner. 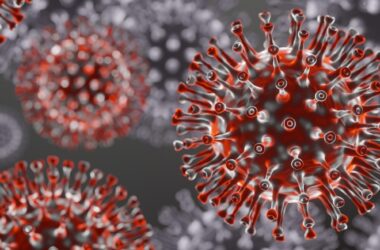