Selon une nouvelle analyse réalisée par des scientifiques du MIT’s Center for Bits and Atoms (CBA). The study shows that this approach can be efficient and economical, even down to part-per-billion levels of contamination. Serious damage to human health is known to occur even at these low levels.

The method is incredibly efficient. In fact, the research team has calculated that waste yeast discarded from a single brewery in Boston would enough to treat the city’s entire water supply. Such a fully sustainable system would not only purify the water but also divert what would otherwise be a waste stream needing disposal.

The findings are detailed in the journal Nature Communications Earth and Environment, in a paper by MIT Research Scientist Patritsia Statathou; Brown University postdoc and MIT Visiting Scholar Christos Athanasiou; MIT Professor Neil Gershenfeld, the director of CBA; and nine others at MIT, Brown, Wellesley College, Nanyang Technological University, and National Technical University of Athens. It was published on June 13, 2022.

The team demonstrated that a single gram of inactive, dried yeast cells can remove up to 12 milligrams of lead in aqueous solutions with initial lead concentrations below 1 part per million. They also showed that the process is very rapid, taking less than five minutes to complete. Credit: Courtesy of the researchers and edited by MIT News

Lead and other heavy metals in water are a significant global problem that continues to grow because of electronic waste and discharges from mining operations. In the U.S. alone, more than 12,000 miles of waterways are impacted by acidic mine-drainage-water rich in heavy metals, the country’s leading source of water pollution. And unlike organic pollutants, most of which can be eventually broken down, heavy metals don’t biodegrade, but persist indefinitely and bioaccumulate. They are either impossible or very expensive to completely remove by conventional methods such as chemical precipitation or membrane filtration.

“We don’t just need to minimize the existence of lead; we need to eliminate it in drinking water,” says Stathatou. “And the fact is that the conventional treatment processes are not doing this effectively when the initial concentrations they have to remove are low, in the parts-per-billion scale and below. They either fail to completely remove these trace amounts, or in order to do so they consume a lot of energy and they produce toxic byproducts.”

The solution studied by the MIT team is not a new one — a process called biosorption, in which inactive biological material is used to remove heavy metals from water, has been known for a few decades. But the process has been studied and characterized only at much higher concentrations, at more than one part-per-million levels. “Our study demonstrates that the process can indeed work efficiently at the much lower concentrations of typical real-world water supplies, and investigates in detail the mechanisms involved in the process,” Athanasiou says.

The team studied the use of a type of yeast widely used in brewing and in industrial processes, called S. cerevisiae, on pure water spiked with trace amounts of lead. They demonstrated that a single gram of the inactive, dried yeast cells can remove up to 12 milligrams of lead in aqueous solutions with initial lead concentrations below 1 part per million. They also showed that the process is very rapid, taking less than five minutes to complete.

Because the yeast cells used in the process are inactive and desiccated, they require no particular care, unlike other processes that rely on living biomass to perform such functions which require nutrients and sunlight to keep the materials active. What’s more, yeast is abundantly available already, as a waste product from beer brewing and from various other fermentation-based industrial processes.

Stathatou has estimated that to clean a water supply for a city the size of Boston, which uses about 200 million gallons a day, would require about 20 tons of yeast per day, or about 7,000 tons per year. By comparison, one single brewery, the Boston Beer Company, generates 20,000 tons a year of surplus yeast that is no longer useful for fermentation.

The researchers also performed a series of tests to determine that the yeast cells are responsible for biosorption. Athanasiou says that “exploring biosorption mechanisms at such challenging concentrations is a tough problem. We were the first to use a mechanics perspective to unravel biosorption mechanisms, and we discovered that the mechanical properties of the yeast cells change significantly after lead uptake. This provides fundamentally new insights for the process.”

Devising a practical system for processing the water and retrieving the yeast, which could then be separated from the lead for reuse, is the next stage of the team’s research, they say.

“To scale up the process and actually put it in place, you need to embed these cells in a kind of filter, and this is the work that’s currently ongoing,” Stathatou says. They are also looking at ways of recovering both the cells and the lead. “We need to conduct further experiments, but there is the option to get both back,” she says.

The same material can potentially be used to remove other heavy metals, such as cadmium and copper, but that will require further research to quantify the effective rates for those processes, the researchers say.

“This research revealed a very promising, inexpensive, and environmentally friendly solution for lead removal,” says Sivan Zamir, vice president of Xylem Innovation Labs, a water technology research firm, who was not associated with this research. “It also deepened our understanding of the biosorption process, paving the way for the development of materials tailored to removal of other heavy metals.” 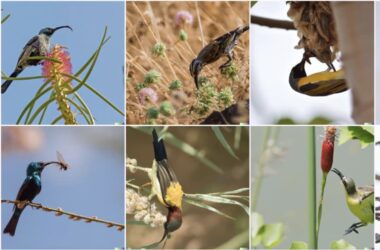 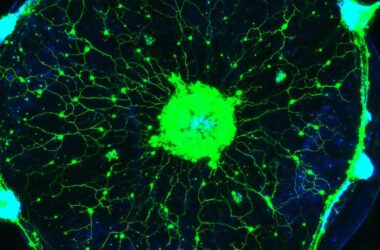 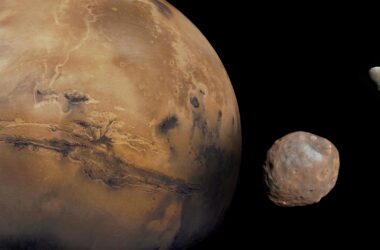